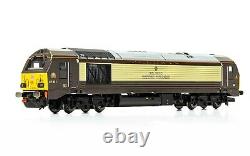 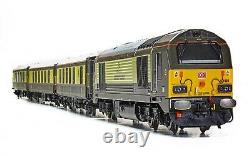 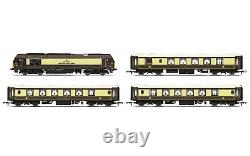 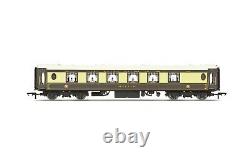 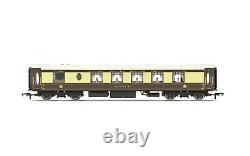 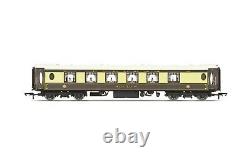 Current destinations now include trips to the historic cities of Canterbury and Bath and imposing stately homes such as Chatsworth House and Longleat, with other trips celebrating special occasions such as Valentines Day. There are even celebrity chef dinners and Murder Mystery events to make each Belmond British Pullman trip unique. Each of the eleven coaches of the Belmond British Pullman has been meticulously renovated to the very highest of standards, from the mahogany fittings and marquetry to the polished brass and hand-stitched fabrics.

Every aspect of the Pullman experience has been carefully considered, even down to contemporary artisanal dining pieces made by William Edwards, purveyors of the finest bone china in England. At any given time, up to ten of the restored Pullman carriages are operated; being the six First Class Parlour Cars of Cygnus, Perseus, Minerva, Phoenix, Lucille and Zena and the five First Class Kitchen Cars of Ione, Ibis, Gwen, Vera and Audrey. Diesel haulage of the Belmond British Pullman is currently undertaken by DB Cargo UK, utilising two Class 67 Bo-Bo locomotives. 67021, along with 67024, was rolled out from Toton Depot in an unbranded British Pullman brown and cream livery on 29 October 2017 and at the end of January 2018 the full Belmond British Pullman branding was added to both locomotives. Period: Era 11 (2014 +).

The seller is "alwayshobbies" and is located in Norwich. This item can be shipped to United Kingdom.